How to Use Your Phone in an Eco-friendly Way?

Here are some tips on ‘how to use your phone in an eco-friendly way?’

Two decades ago, cellphones were an uncommon luxury that only people with considerable wealth could afford. Today, it seems that almost all echelons of the societal hierarchy own cellphones and sometimes more than one. This has resulted in increased connectivity and faster knowledge sharing which has benefited everyone.

On the downside, mass production of phones due to increased demand and reckless use of cellphones comes with a significant ecological footprint. Damaging practices adopted by telecommunication companies such as improper disposal of waste, discharge of greenhouse gas emissions and wasteful use of resources have resulted in considerable damage to the environment. Along with that, the users are not conscious of their environmental duty and often use their cellphones that have a negative impact on the environment.

In this article, we will explore the different ways through which we can make our phone use more eco-friendly and greener.

Use Natural Means to Recharge Your Phone

Not just that, you can recharge your phone through your body’s energy as well. A hand-crank phone charger uses the kinetic energy produced by a hand’s motion and converts it into electric energy to recharge a phone. Using this mode of charging does not only make it environment-friendly but also helps you burn calories. 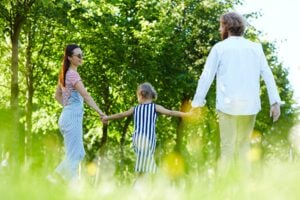 Recharge Your Phone When on The Move

Reduce Your Use of the Phone

One of the best things you can do for the environment is to reduce your usage of the phone. A report published by The Guardian stated that the average person emits 47kg of carbon dioxide in a year due to excessive usage of his phone. Based on these numbers, one phone produces 97 kg of carbon during its lifetime.

This information has been brought to you by Tricked Out Accessories. They offer iPhone repair services while propagating the eco-friendly use of cell phones.