Why iPhones Are Better Than Other Phones

Here is a comparison of iPhone and Android, and why iPhones are better?

On April 1 of this year, Apple celebrated its 45th birthday. The tech giant has been around for a considerable length of time, certainly more than the Chinese companies that surfaced in the second decade of the 21st century. Apple launched its flagship smartphone i.e. iPhone in 2007. It operates on the iOS operating system which is significantly different from the Android OS. Ever since its launch, there has been much debate about which is the better phone – iPhone or Android?

Both phones have fanboys who believe that their choice of the product beats the other. The truth is that over the years iPhones have proven to be the ultimate premium phones and they have been ruling over most Android phones. Why? Let’s find out.

Easiest Gadget to Use

Despite keeping the iOS pretty much the same, Apple has come up with new enhancements such as Siri and Control Center which were missing from the earlier versions. iOS 11 comes with the unique features of editing Live Photos, sending payments through the Message app, and putting files in a sequence using the Files app.

Hardware and Software are in Synchronization 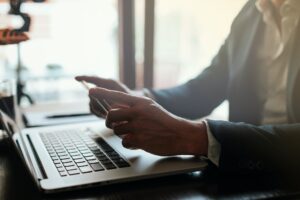 iPhones are Equipped with The Best Apps

Both iOS and Android come equipped with millions of apps in their respective stores. Yet iPhones take a visible leader in the quality and quantity of apps its App Store is equipped with. The reason is that most developers prefer iOS for launching their hottest new apps. Hence, the iPhone will always be a step ahead of Android when it comes to gaining faster access to the best apps.

Hence, being an iPhone user gives you exclusive access to the coolest trendiest apps way before your Android buddies.

This information has been brought to you by Tricked Out Accessories. They provide top-notch iPhone repair services.